Recommended for single mass flywheel (SMF) when original design is DMF to achieve optimal performance. This kit uses the same Race Engineered SFI approved pressure plate as stage 3 daily package. The disc is designed for the special needs of a vehicle with circuit racing in mind. Kevlar friction material is used for its unique static to dynamic ratios of friction co-efficients at high energy levels. This translates to a perfect transition from one gear to the next. Discs are assembled with only performance components and equipped with torsion springs functioning as a damper between engine and gearbox.

Must use OEM flywheel.

Connecticut's leading high performance shop!
Hashtag us in your videos and pictures to be shared!
#ecsperformance #ecstuned #ctperformance

Gained around 20 extra horsepower with just a tune

Cold air intake & cat back exhaust on a #Honda #Ac

@schmikel_bays came through and impressed us last

03 #mustang came through to make some noise on the

Our neighbors sent over this #GTR to do some basel

You're gonna want to turn up the volume for this o

Thank you to everyone who showed up for our dyno d

2020 #WRX came through for installation of an air 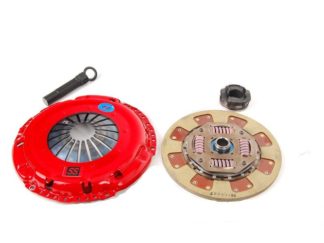