The PERRIN STI Wing Stabilizer reduces flex and bounce in your wing while adding WRC styling. Features and benefits are outlined below.

ELIMINATE WING BOUNCE
Fitting perfectly between the wing and trunk lid, the PERRIN Wing Stabilizer supports your wing from excessive vibration and vertical movement, eradicating bounce in the wing. Simply place the stabilizer(s) under the wing and secure it using our 3M VHB tape. This makes installation of our stabilizer a solid yet completely reversible upgrade.

CONSTRUCTION
The PERRIN Wing Stabilizer has a tapering airfoil shape which reduces drag and greatly reduces the possibility of added noise. Molded from black plastic with an OEM like texture, wing stabilizers look good right out of the box or paint them for a color matched OEM look.

5 YEAR WARRANTY
PERRIN Performance warrants to the original purchaser, all PERRIN products to be free from defects in material and workmanship within a sixty (60) month period from the date of purchase. *Some exclusions apply.

The start of something beautiful. Pulled out this

We still have a couple open spots for @cobbtuning

#unlocking and #ecu so we can write a custom #tune

Did you know we're also a licensed used car dealer

#sti on the lift for new carbon ceramic pads and r

I know how much you all love a good burble tune. H

A little over 20whp gained in tuning from this #po

On the dyno for some more custom tuning. We love o 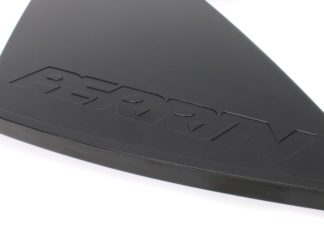