Kraftwerks has just announced the release of a brand new intercooled supercharger system for the Mazda Miata MX-5. At the heart of the new system is the Rotrex C30-84, which is the same supercharger used in the extremely successful Kraftwerks 2006-2013 Honda Civic Si system.

At 10psi of boost pressure, the supercharger system produced an impressive +110whp on 91-octane through the OEM headers and exhaust. More impressive is the linear power curve throughout the entire power band due to the patented traction drive technology, which transmits power through friction forces between its rolling elements.

Rotrex superchargers are renowned for their compact size, high adiabatic efficiency, low vibration, and quiet operation. Their unique traction drive technology is what makes all of this possible, which, unlike other superchargers, transmits power through frictional forces between its rolling elements. Each Rotrex unit features its own self-contained oiling system that remains independent of the engine. Its dual-action oil pump supplies traction fluid to the supercharger while the supplied cooler ensures proper fluid temperatures at all times.

The Kraftwerks Miata supercharger system provides instant throttle response and a progressive power curve that increases all the way to redline without the typical spiking or surging turbochargers are known for. This unique, more useable power curve results in reduced cylinder pressures, less strain on engine components, and increased reliability. Rotrex superchargers also operate much cooler when compared to turbochargers and other supercharger systems, which reduces the engines intake air temperature as well as its risk of detonation.

Base Maps Developed in Collaboration with Moto-East

No poorly designed, inefficient and goof-looking custom hoses/tubing into the throttle body

Ease of Installation and Tuning

Some beautiful blue rides in the shop today. 2019

#M4 on the dyno for some impressive gains. Video c

New steering components and alignment on this beau

Some tasteful mods to this #q50 #redsport. Blacked

2019 #sti in for some installs and custom tuning #

Another before and after on these #wrx valves. 86k

#Audi #A3 in for an #accessport #intake #downpipe

Always a pleasure having @marco_wrx391 stop by for

Pulling the turbo out of this #sti for inspection.

Some nice asses in the shop today 😍

Switching over to your spring/summer wheel setup?

#subaru #wrx #sti in for some custom tuning. #ecsp

Almost ready to drop this beauty in 😍 #ecsperfo

J-pipe install and tune on this clean 17 #wrx #ecs 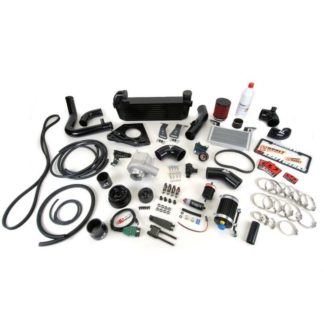