Hawk HP+ pads are made for cars that gets driven to and on the track. The HP+ offers increased friction over the HPS, at the price of a little more noise (squealing) and more dust. Brake squeal is not uncommon in the HP+ due to the higher temperatures required for their peak friction, but once warmed up, this higher operating temperature will consistently allow your Subaru to brake more quickly, with minimal fade. These pads are excellent for the occasional HPDE/track day or for the very competitive autocross driver.

PSA: Here at ECS we've always been big on emission 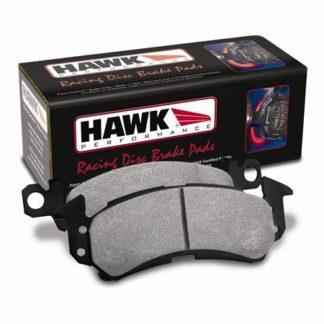