Found in the JDM Impeza WRX STi, the Subaru EJ207 engine features 8:1 compression and is one of a series of EJ20s. They were introduced in 1989, intended to succeed the previous Subaru EA engine. The EJ series is the mainstay of Subaru’s engine line, with all engines of this series being 16-valve flat-4 horizontal, with configurations available for double-overhead camshaft arrangements (DOHC). These engines are commonly used in light aircraft, kit cars and engine swaps into air-cooled Volkswagens, but it’s also popular as a swap into the wasserboxer engined Volkswagen Type 2. Primary engineering on the EJ series was done by Masayuki Kodama, Takemasa Yamada and Shuji Sawafuji of Fuji Heavy Industries, Subaru’s parent company. The EJ207 features a semi-closed deck block. 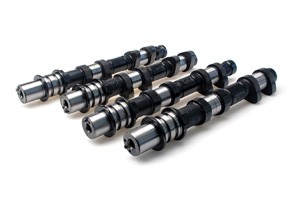