In 1990, for the 1991 model year, the SR20DE and SR20DET engines debuted in the S13 Silvia, offering improvements across the board in power, torque, and efficiency over the CA18DE(T). The S13 Silvia was discontinued after the 1993 model year, in favor of the new S14 chassis design. The S14 Silvia debuted in Japan at the end of 1993. Wheelbase and track were both increased slightly, leading to slightly improved handling. The S14 Silvia K’s received a new “notchtop” version of the SR20DET, boasting a slight bump in power due to the implementation of Nissan’s variable cam timing system, VTC, and a more efficient ball bearing turbocharger. Japan saw a new version of the Silvia (S15) in 1999, now boasting 250 hp (164 kW) from its SR20DET engine thanks to a slight turbocharger upgrade, as well as improved engine management. The SR20DE (non-turbo motor) featured only 165 hp.

Connecticut's leading high performance shop!
Hashtag us in your videos and pictures to be shared!
#ecsperformance #ecstuned #ctperformance

Today we did a header back exhaust on this immacul

#V8 #Audi #S4 in for some installs: header back ex

#mustang getting rowdy on the dyno. #ripheadphoneu

Gained around 20 extra horsepower with just a tune

Cold air intake & cat back exhaust on a #Honda #Ac

@schmikel_bays came through and impressed us last

03 #mustang came through to make some noise on the

Our neighbors sent over this #GTR to do some basel

You're gonna want to turn up the volume for this o

Thank you to everyone who showed up for our dyno d 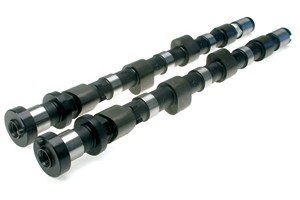